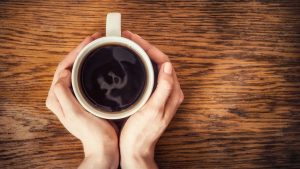 Just how much caffeine is too much? Well, US residents may be a little better informed to answer this question as the “world’s strongest coffee” is now available in America.

“If you want to stand out, you need to be the ‘est’ — the biggest, smartest, strongest, or cheapest,” explains Black Insomnia founder Sean Kristafor. “So,” he continues, “when we wanted to compete in coffee, as a caffeine product, we had to be the strongest, but obviously, we don’t exceed the world guidelines.”

Based in South Africa, Black Insomnia Coffee has been selling its unique brand of Joe in local cafes in Cape Town since last June. Quickly thereafter, they began selling three times more coffee than local shops, (literally, by August) and within the next couple months were already available in 22 countries. By March, then, the company listed on Amazon for sales in the US. The company now reports that it sells nearly six tons of coffee every single month.

But just how “strong” is this coffee?

“For the same amount of coffee, you will get double the amount of caffeine,” explains Johns Hopkins School of Medicine researcher Mary Sweeney, who investigates things like the effects of caffeine on the body. She goes on to warn, “This makes it easier to consume more caffeine than you intend to and effects can range from mild to severe, for example, jitteriness, nervousness, restlessness and trouble sleeping. The most serious effect would be cardiac arrhythmia (irregular heartbeat).”

Still, Caffeine Informer (magazine) editor, Ted Kallmyer, notes, “While the amounts are still much higher than what we experts recommend as a safe daily amount (400 mg), this group of people has, over time, built up their caffeine tolerance and/or their livers process caffeine really well so it doesn’t affect them adversely. However, the problem with these products is that they can inadvertently be consumed by people who are not in the targeted category.”

Tether Trading Up 0% Over Last Week

Horizen Price Down 9.4% This Week