Elephant Tranquilizer Could Be Next Drug Epidemic 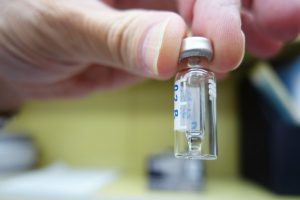 “A 900-kilogram elephant can be immobilized by just 2 milligrams of carfentanil. This drug is ultra-potent,” explains Jon Cole of Hennepin County Medical Center and the Minnesota Poison Control System said.
Like fentanyl, though, Carfentanil has now been linked to a handful of overdose deaths.

“We have at least four to five additional fatal cases in which we suspect the possibility of carfentanil, but the confirmatory testing is still pending,” explains Hennepin County (Minnesota) Chief Medical Examiner Andrew Baker.

While this number may not seem like much, it is important to remember that this drug is so new that routine drug and alcohol screens do not look for the drug. This means that samples they do find need to be sent to a specialized lab for testing. And this means that we still have a lot to learn about how the drug is finding its way into the human population.

Alas, the recreational use of this drug is not the only narcotic to plague the streets of Minnesota. According to Minnesota Bureau of Criminal Apprehension (BCA) officer Drew Evans, “The use of opioids like carfentanil is a health crisis for Minnesota. It is a law enforcement crisis, and it is a crisis for all Minnesotans. We need to work together to address the crisis with information, education and enforcement.”

So far, the Minnesota BCA has already investigated 11 cases involving carfentanil over only the past six months.
Indeed, the emergence—and quickly growing, at that—of this new tranquilizer is a major cause for concern, particularly among the increasing opioid-related deaths in Minnesota. It is most notably dangerous because its relative strength is appealing to all users, especially those who have built up a tolerance to opioids in general.

Baker goes on to say, “The Medical Examiner’s Office felt it important not just to inform the public of this new hazard but to ensure that our colleagues on the front lines of saving lives were aware that carfentanil has now been confirmed to be in Minnesota.”

Harmonic Lifted to “Buy” at StockNews.com