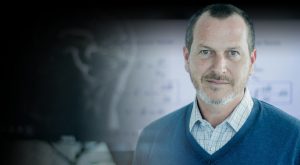 A company known as Novocure markets a wearable medical device aimed at treating brain cancer. Recently, the company finished its phase 2 pilot trial for the noninvasive therapy in patients who have pancreatic cancer. Given along with two chemotherapy drugs, the study showed distinct, positive results.

The Novocure Optune device works to treat glioblastoma through the delivery of noninvasive therapy via four patches that adhere to the skin, over the part of the brain where they tumor is located. It had actually first received FDA approval in 2011 with a new generation to move forward in July. In December, the company also reported that the new TTFields technology treatment was, in fact, safe and effective when delivered along with common cancer drugs, for breast cancer patients.

This single-arm PANOVA trial looked at the efficacy, of course, as well as the safety of the company’s new Tumor Treating Fields technology when used in combination with nab-paclitaxel and gemcitabine. The study involved 20 pancreatic cancer patients who had tumors that could not be removed surgically and who did not undergo chemotherapy or radiation therapy prior to the trial.

So, just what were these positive results?

Well, the trial showed the treatment could have a 72 percent survival rate, which is more than double the survival rate of historical control treatments. Furthermore, the study showed that Tumor Treating Fields technology did not have any serious adverse affects. This new data will be presented at the Tuesday meeting of the American Association for Cancer Research.

“We are extremely pleased with these results,” comments Novocure chief science and chief of Research and Development, Dr. Eilon Kirson. “These data give us hope that TTFields used in combination with other cancer treatments may increase survival without significantly increasing side effects for a variety of solid tumors.”

Glioblastoma is a common form of brain cancer: roughly 12,500 people receive a diagnosis for glioblastoma every year, in the United States, alone. This form of cancer is considered to be extremely aggressive, and this new treatment shows an improvement to the 5-year survival rate from 5 to 13 percent.

Not surprisingly, shares of Novocure skyrocketed nearly 50 percent in morning trading on Monday after the big announcement. The stock has seen a 56.7 percent surge over the previous three months, as well, massively overtaking the slow growth of the S&P 500.