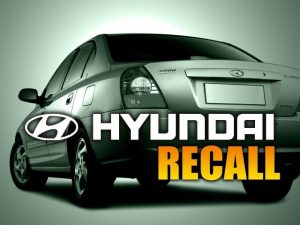 Hyundai Motor Co and Kia Motors Corp have just announced a plan to recall nearly 1.5 million vehicles across North America and South Korea for engine issue reasons. It is the latest blow for a pair of automakers already struggling in the key markets of Canada, South Korea, and the United States.

You may be aware that both Hyundai and Kia were hit with recalls in 2015, too. Hyundai Motors called back some 470,000 Sonata sedan models in the United States after finding faulty engine parts that prompted great quality concerns in its home market region, South Korea. Last year, though, Hyundai and Kia both commented that engines produced in domestic factories were not defective and therefore not included in the recall. Instead, they extended the warranty period for the five models in South Korea equipped with Theta-2.

This new recall will effect roughly 1.19 million cars and sports utility vehicles in the United States as well as 114,187 vehicles in Canada, and another 171,348 vehicles in South Korea. The reason for the recall has been listed as engine issues that can increase the risk for crash, as described by safety regulators in each of the three countries affected.

In the United States, the recall involves the Hyundai Sonata and Santa Fe models as well as the Kia Optima, Sorento, and Sportage models.

In South Korea, the recall covers the Hyundai Sonata and Hyundai Grandeur sedans as well as the Kia K5, Kia K7, and Kia Sportage models produced before August 2013 and equipped with either a 2.0-L or 2.4-L Theta-2 gasoline engine.

In a joint statement, the companies relate: “The recall is related to a manufacturing process problem, not the structural problem of Theta 2GDi engines and we have completed improvements through appropriate measures.”

The engine issue recall could reflect upon the company’s earnings, costing each company upwards of 250 billion won (the approximate equivalent of $220.19 million USD), according to Hi Investment & Securities analyst Koh Tae-bong.

Hyundai reports they will replace all defective engines with a brand new engine, following a thorough inspection, of course.