Student with essay about pizza accepted to Yale 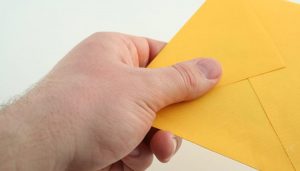 Getting admitted to a college of your choice will be a great achievement for anyone who studied day and night just to get high grades and achieve their goals. College is one of the biggest stepping stone that will lead all of us to achieve great heights in the career that we will all take. A diploma will always matter when you get to the point in your life that you already have to decide which path of career to take. That single paper that symbolizes all the effort you have given while you are in college will somehow dictate the line of career you will take when you graduate. Things you love and things that you are really passionate about can also be a ticket to your college admission.

Who would have thought an essay about a box of pizza will help a teen get her way to college and to a dream diploma?

When a teen was asked to write about a thing that she is passionate about, a young girl from Tennessee name Carolina Williams wrote about how excited and happy she is every time she orders her favorite Papa John’s pizza. Now, the question is, will the validity of this essay affect her college admission? Some will say that her essay is invalid because of the topic she chose to discuss, especially, considering the fact that it it is something she will be sending to her dream universities. But if you’re going to look deeper and understand her essay more than the words in it can explain, you’ll understand. The simplicity of the topic chosen and the words she used to describe how independent, happy, young and mature at the same she feels every time she orders a box of pizza shows how genuine she is. She explained that she feeds not just her stomach but also her independence and young heart every time a box of pizza arrives at her door. This essay enlightened Yale and Auburn University and accepted her in their universities.

Is the essay her only ticket in getting admitted to the said university? Carolina, the teen who wrote the essay about a box of pizza is not just your average teenage girl. She is also in the top 10 most active and smart kids in her class. That proves that her wit, brains and good grades is what really helped help get admitted in the said universities. As for her essay, I can say that she a good creative writer. The selection of words really came not just out of desperation to write an essay but to creatively describe how she feels every time she does the thing she love the most, well obviously it’s ordering a box of freshly baked delicious pizza. Her essay shows how a simple topic can be made wonderfully by someone who really has the heart for the topic. It may seem invalid and shallow for a help with essay writing, but one thing is for sure, it really is unique. This may be one of the reasons why she caught the attention of the two well-known universities that can educate her better and improve her talents.

The news about her essay had already gone viral and teens out there who are having their hard time thinking about what they can write for their admission letters will now surely be inspired because of what she has done. Her essay will teach fellow teens to be not so critical and just embrace their passion. It may seem super simple but the simplicity of her essay can be a guide to all the teens that are being too critical in writing not only their admission essays but all the essays they will be writing.

She will surely be an inspiration to all the teens who are struggling right now. Some teens might be thinking right now if they will be accepted in the University of their choice. Some may have low self-esteem and does not have the courage to write about what they love and end up writing what they think the university would like. Carolina’s essay showed everybody that sometimes it is okay to be fearless. Getting out of the stereotype and trying something new, that is what her essay says. Even if some may think that her essay is invalid for a college admission, the fact that two universities accepted her is a strong proof that as long as you’re passionate about what you are writing, no one can question its validity.

It also seemed that some of the university administrators who have read her letter share the same excitement and happiness in ordering a box of pizza. Choosing this as her topic made the essay more relatable. The more people can relate to a certain topic, the more they buy it and they find enthusiasm in reading it. That may be one of the techniques that all of us will learn from her essay. When a spot a topic everyone can relate, no matter what it is, you have to it a go, just like what Carolina did. What she also did is, she described the pizza as if she was selling it to the person who will read the essay. She sells not just her essay but also her chosen topic. It is sometimes wise not to just reflect on yourself when writing an important essay. Carolina made her essay interesting to read by using metaphors that surely everybody who orders and eats pizza will understand. Her essay spoke for all the pizza lovers who do not take ordering pizza a non-sense thing but a very interesting and meaningful task.

So now, shall we order pizza?