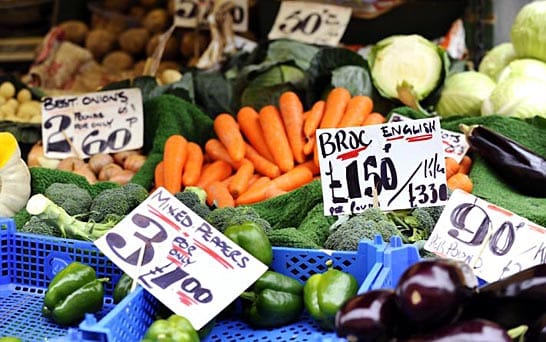 Inflation in Britain jumped unexpectedly to its highest point in close to four years during May, putting a tighter squeeze on consumers. British consumers are also facing an additional worry of political uncertainty following the inconclusive election last week.

The impact of the drop in the pound dating back to last year’s vote to leave the European Union has made itself felt through higher costs to go on holiday outside Britain and for imported computers, computer games and equipment that all helped push consumer prices up 2.9% compared to May of 2016.

That was the largest increase since June of 2013 said the Office for National Statistics, and was higher than forecasts by analysts of 2.7%.

It is faster than growth in wages for the majority of workers who have been suffering squeezes on income almost nonstop for the last 10 years.

Data that will be released Wednesday will likely show that pay rose by 2% annualized over the three-month period to April.

Prime Minister Theresa May was weakened by losing her majority in parliament in last week’s election and accepted that voters had lost their patience with the numerous austerity measures.

Despite the consumer price inflation numbers being stronger than was expected, the pound dropped after the data was released by the ONS, possibly a reflection of the slowing in surging prices faced by most factories that hints at less inflation on the horizon for consumers.

The ONS announced that one of the big drivers for May’s inflation was the higher cost of holidays abroad for tourists from Britain, who had to pay more for euros and U.S. dollars.

Another large push on prices came from equipment and computer games, which are imported for the most part and therefore, are a reflection of the diminished buying power the pound has seen since last year’s Brexit vote.

Inflation has increased its speed broadly across the globe. However, in Britain extra pressure exists from the drop in the sterling pound, contributing to a steep slowdown in economic growth for the British economy since the beginning of 2017.

On Monday, credit card company Visa said it saw its first drop in annual spending by consumers in close to four years during May.

That was prior to the shock result in the election last week that raised more questions about how the Prime Minister would advance her plans of taking Britain out of the EU as well as push other measures.