US Department of the Interior Reopens Coal Mining Operations 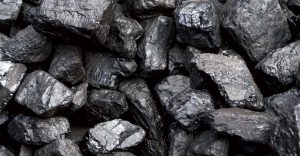 This means, of course, that the Federal Bureau of Land Management can now resume its process which allowed for the signing of new coal-mining leases on federal land.

In short, Zinke said—briefly before signing the order—”The coal moratorium that was set in place … is a waste of money.”

Now, this coal moratorium was put in place early last year by previous Secretary of the Interior, Sally Jewell, under President Barack Obama. It was actually part of a larger review process launched by the Department of the Interior in order to determine how the government should charge mining companies more in an attempt to account for the coal industry’s effect on climate change.

Zinke goes on to say, “We feel strongly that the current process on reviewing coal is appropriate. Rather than doing the social cost of carbon, you have to look at the social cost of not having a job too. All of us want clean air and clean water. And we’re going to make sure we ensure that.”

Now, Federal land accounts for roughly 40 percent of the country’s coal production operations, as well as more than 30 percent of its reserves. This includes areas like the Powder River Basin, in Montana and Wyoming, which is the most productive coal region in the United States.

Coal from federal lands, when burned, can also account for 13 percent of the country’s energy-related carbon dioxide emissions. This equates to roughly 769 million tons of CO2 emissions, every year (according to the Resources for the Future nonprofit group).

Of course, environmental groups have massively criticized the Trump administration’s policy; a coalition of green organizations—including Earthjustice—have, in fact, sued the Department of the Interior over the immediate coal leasing order.

Earthjustic attorney Jenny Harbine notes “No one voted to pollute our public lands, air or drinking water in the last election, yet the Trump administration is doing the bidding of powerful polluters as nearly its first order of business. Our legal system remains an important backstop against the abuses of power we’ve witnessed over the course of the past two months. That’s why we’re going to court to defend our public lands, clean air and water, and a healthy climate for all.”