PGT Innovations, Inc. (NYSE:PGTI) Director Rodney Hershberger sold 2,000 shares of the company’s stock in a transaction on Wednesday, January 12th. The stock was sold at an average price of $22.10, for a total value of $44,200.00. The sale was disclosed in a filing with the SEC, which is accessible through this link.

PGT Innovations (NYSE:PGTI) last posted its earnings results on Thursday, November 11th. The construction company reported $0.26 EPS for the quarter, beating the consensus estimate of $0.23 by $0.03. The firm had revenue of $300.43 million during the quarter, compared to the consensus estimate of $298.04 million. PGT Innovations had a return on equity of 10.33% and a net margin of 2.48%. During the same period last year, the company earned $0.31 earnings per share. As a group, analysts predict that PGT Innovations, Inc. will post 0.99 earnings per share for the current fiscal year.

PGT Innovations, Inc engages in the manufacture and supply of windows and doors under the brand name PGT Custom Windows + Doors; CGI; WinDoor; Western Window Systems; Eze-Breeze; and CGI Commercial. It operates through the Southeast and Western geographical segments. The company was founded by Rodney Hershberger in 1980 and is headquartered in Nokomis, FL.

See Also: What economic reports are most valuable to investors? 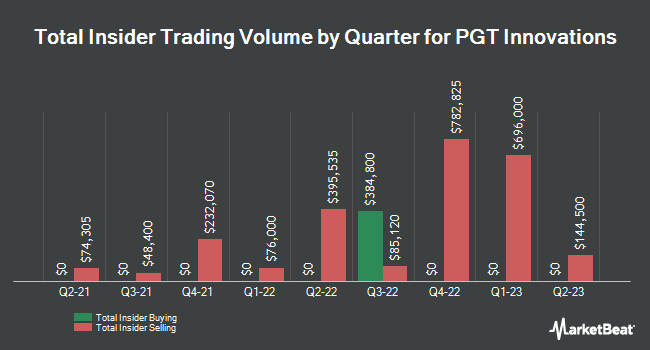 Emera Incorporated Forecasted to Earn FY2025 Earnings of $3.60 Per Share

Complete the form below to receive the latest headlines and analysts' recommendations for PGT Innovations with our free daily email newsletter: