Wall Street analysts forecast that Payoneer Global Inc. (NASDAQ:PAYO) will post sales of $126.38 million for the current fiscal quarter, according to Zacks. Two analysts have issued estimates for Payoneer Global’s earnings. The highest sales estimate is $126.90 million and the lowest is $125.86 million. The company is scheduled to issue its next quarterly earnings results on Wednesday, February 9th.

Payoneer Global (NASDAQ:PAYO) last announced its quarterly earnings data on Wednesday, November 10th. The company reported ($0.03) EPS for the quarter, topping the consensus estimate of ($0.04) by $0.01.

See Also: What is the QQQ ETF? 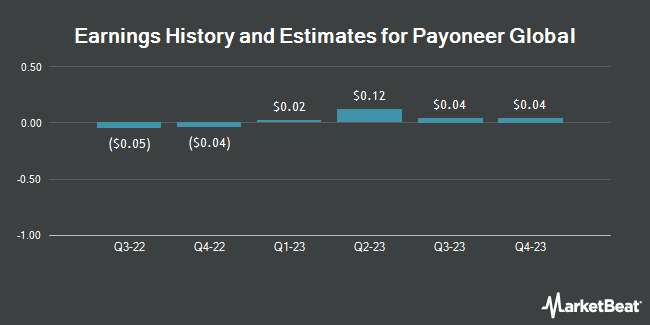 Kontoor Brands, Inc. Given Consensus Recommendation of “Buy” by Brokerages

Complete the form below to receive the latest headlines and analysts' recommendations for Payoneer Global with our free daily email newsletter: