Champion Iron (TSE:CIA) last posted its quarterly earnings data on Wednesday, May 26th. The company reported C$0.30 EPS for the quarter, missing the Zacks’ consensus estimate of C$0.33 by C($0.03). The business had revenue of C$396.70 million during the quarter, compared to analysts’ expectations of C$406.30 million.

Champion Iron Limited engages in the acquisition, exploration, development, and production of iron ore deposits in Canada. Its flagship projects include the Bloom Lake Mine located in south end of the Labrador; and the Consolidated Fire Lake North project that includes the Fire Lake North, Don Lake, Bellechasse, and Oil Can deposits situated in northeastern Quebec. 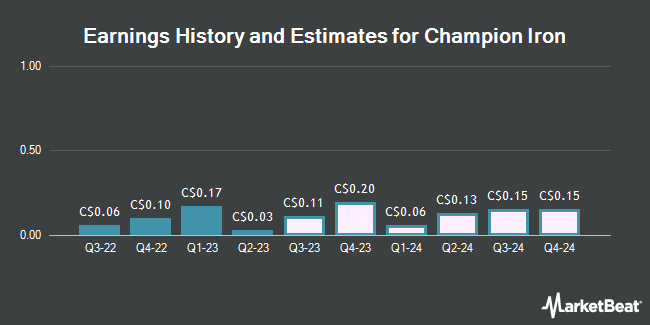 Complete the form below to receive the latest headlines and analysts' recommendations for Champion Iron with our free daily email newsletter: