Complete the form below to receive the latest headlines and analysts' recommendations for Shutterstock with our free daily email newsletter:

Shutterstock, Inc. (NYSE:SSTK) has been assigned a consensus rating of “Buy” from the eight brokerages that are covering the stock, MarketBeat Ratings reports. Two investment analysts have rated the stock with a hold rating and four have given a buy rating to the company. The average twelve-month price target among brokers that have issued ratings on the stock in the last year is $73.33.

Shutterstock (NYSE:SSTK) last released its quarterly earnings data on Thursday, February 11th. The business services provider reported $0.93 EPS for the quarter, beating the consensus estimate of $0.50 by $0.43. The business had revenue of $180.94 million for the quarter, compared to the consensus estimate of $174.80 million. Shutterstock had a net margin of 7.70% and a return on equity of 15.13%. As a group, research analysts anticipate that Shutterstock will post 1.77 earnings per share for the current fiscal year.

Shutterstock, Inc, a technology company, provides content, and tools and services in North America, Europe, and internationally. It offers image services consisting of photographs, vectors, and illustrations, which is used in visual communications, such as Websites, digital and print marketing materials, corporate communications, books, publications, and others; footage services, including video clips, filmed by industry experts and cinema grade video effects, and HD and 4K formats that are integrated into Websites, social media, marketing campaigns, and cinematic productions; and music services comprising music tracks and sound effects, which are used to complement digital imagery. 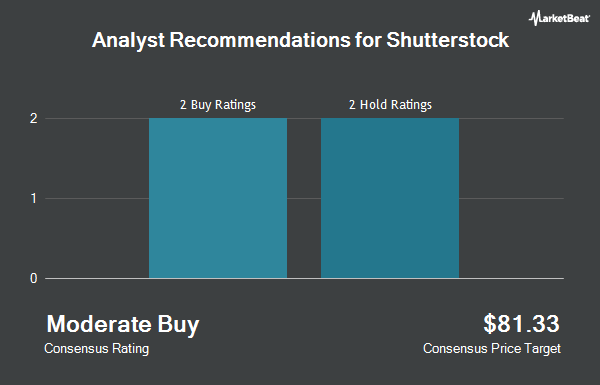