Complete the form below to receive the latest headlines and analysts' recommendations for Inspire Medical Systems with our free daily email newsletter:

Inspire Medical Systems (NYSE:INSP) last released its earnings results on Tuesday, February 23rd. The company reported ($0.28) earnings per share for the quarter, topping the Zacks’ consensus estimate of ($0.45) by $0.17. Inspire Medical Systems had a negative net margin of 61.07% and a negative return on equity of 32.23%. The firm had revenue of $46.01 million during the quarter, compared to analyst estimates of $39.20 million. During the same quarter in the previous year, the business earned ($0.38) EPS. The business’s revenue was up 71.0% on a year-over-year basis. Equities research analysts forecast that Inspire Medical Systems, Inc. will post -2.37 EPS for the current fiscal year.

Inspire Medical Systems, Inc, a medical technology company, focuses on the development and commercialization of minimally invasive solutions for patients with obstructive sleep apnea (OSA) in the United States and Europe. It offers Inspire system, a neurostimulation technology that provides a safe and effective treatment for moderate to severe OSA.

Want to see what other hedge funds are holding INSP? Visit HoldingsChannel.com to get the latest 13F filings and insider trades for Inspire Medical Systems, Inc. (NYSE:INSP). 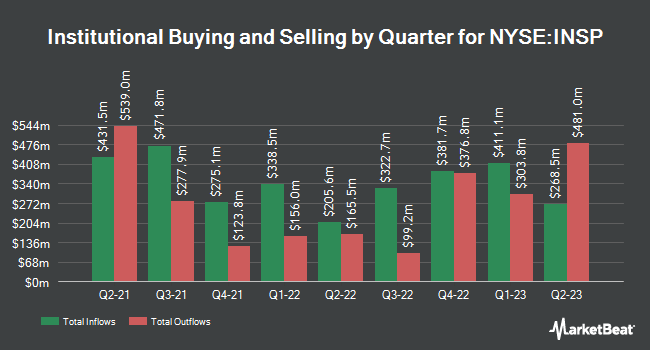