Complete the form below to receive the latest headlines and analysts' recommendations for Diebold Nixdorf with our free daily email newsletter:

Diebold Nixdorf (NYSE:DBD) issued its quarterly earnings data on Tuesday. The technology company reported $0.44 earnings per share for the quarter, beating analysts’ consensus estimates of $0.36 by $0.08, MarketWatch Earnings reports. Diebold Nixdorf had a negative return on equity of 9.02% and a negative net margin of 8.62%. The company had revenue of $1.11 billion for the quarter, compared to the consensus estimate of $1.07 billion. During the same quarter last year, the company earned $0.47 earnings per share. The firm’s revenue for the quarter was down 4.0% compared to the same quarter last year.

See Also: What is the Coverage Ratio? 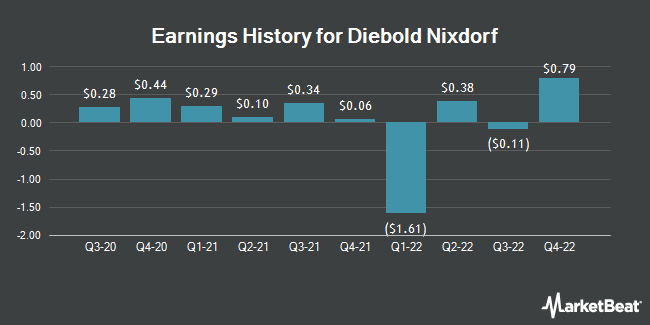