Complete the form below to receive the latest headlines and analysts' recommendations for Norbord with our free daily email newsletter:

Two Sigma Investments LP trimmed its position in Norbord Inc (NYSE:OSB) by 81.5% during the first quarter, according to the company in its most recent 13F filing with the Securities and Exchange Commission (SEC). The fund owned 16,383 shares of the construction company’s stock after selling 72,002 shares during the period. Two Sigma Investments LP’s holdings in Norbord were worth $194,000 as of its most recent SEC filing.

Norbord (NYSE:OSB) last released its quarterly earnings results on Wednesday, May 6th. The construction company reported $0.26 EPS for the quarter, missing the consensus estimate of $0.28 by ($0.02). Norbord had a negative net margin of 1.34% and a negative return on equity of 0.99%. The business had revenue of $467.00 million during the quarter, compared to analyst estimates of $436.57 million. During the same quarter in the prior year, the company earned ($0.02) earnings per share. The firm’s revenue for the quarter was down 1.9% compared to the same quarter last year. As a group, research analysts expect that Norbord Inc will post 0.78 earnings per share for the current year.

The business also recently announced a quarterly dividend, which was paid on Monday, June 22nd. Shareholders of record on Monday, June 1st were issued a dividend of $0.036 per share. This represents a $0.14 dividend on an annualized basis and a yield of 0.65%. The ex-dividend date of this dividend was Friday, May 29th. Norbord’s dividend payout ratio (DPR) is presently -40.54%.

Norbord Inc manufactures and sells wood-based panels for retail chains, contractor supply yards, and industrial manufacturers primarily in North America and Europe. The company offers oriented strand boards for use in sheathing, flooring, and roofing in home construction applications; particleboards that are used in flooring and other construction applications; and medium density fiberboards for use in cabinet doors, mouldings, and interior wall paneling applications, as well as related value-added products for use in the construction of new homes, and renovation and repair of existing structures.

Featured Article: What is the Shanghai Stock Exchange Composite Index? 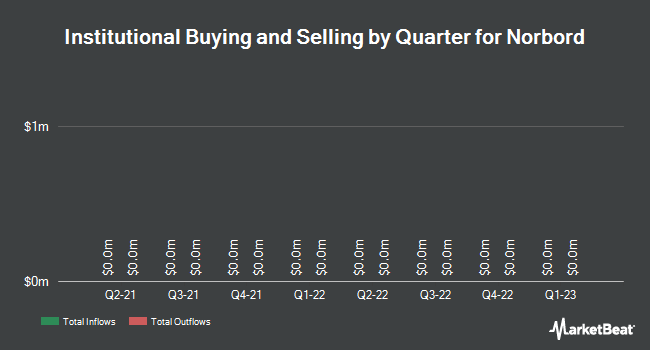 Receive News & Ratings for Norbord Daily - Enter your email address below to receive a concise daily summary of the latest news and analysts' ratings for Norbord and related companies with MarketBeat.com's FREE daily email newsletter.