Complete the form below to receive the latest headlines and analysts' recommendations for Village Super Market with our free daily email newsletter:

BNP Paribas Arbitrage SA grew its holdings in Village Super Market, Inc. (NASDAQ:VLGEA) by 27.2% in the first quarter, according to the company in its most recent Form 13F filing with the Securities & Exchange Commission. The fund owned 2,567 shares of the company’s stock after buying an additional 549 shares during the period. BNP Paribas Arbitrage SA’s holdings in Village Super Market were worth $63,000 at the end of the most recent quarter.

In other Village Super Market news, Director Peter Lavoy sold 3,000 shares of Village Super Market stock in a transaction dated Thursday, June 25th. The stock was sold at an average price of $25.63, for a total transaction of $76,890.00. Following the transaction, the director now directly owns 38,828 shares of the company’s stock, valued at approximately $995,161.64. The sale was disclosed in a document filed with the Securities & Exchange Commission, which can be accessed through this link. 30.96% of the stock is currently owned by insiders.

Separately, BidaskClub upgraded Village Super Market from a “sell” rating to a “hold” rating in a research note on Thursday, June 11th.

The business also recently announced a quarterly dividend, which will be paid on Thursday, July 23rd. Shareholders of record on Thursday, July 2nd will be issued a dividend of $0.25 per share. This represents a $1.00 annualized dividend and a yield of 3.62%. The ex-dividend date is Wednesday, July 1st.

Village Super Market, Inc operates a chain of supermarkets in the United States. Its stores feature specialty departments, such as an on-site bakery, an expanded delicatessen, various natural and organic foods, ethnic and international foods, prepared foods, and pharmacies. The company operates a chain of 30 ShopRite supermarkets, including 18 located in northern New Jersey, 8 located in southern New Jersey, 2 located in Maryland, 1 located in northeastern Pennsylvania, and 1 in Bronx, New York City.

Featured Story: What does a market perform rating mean? 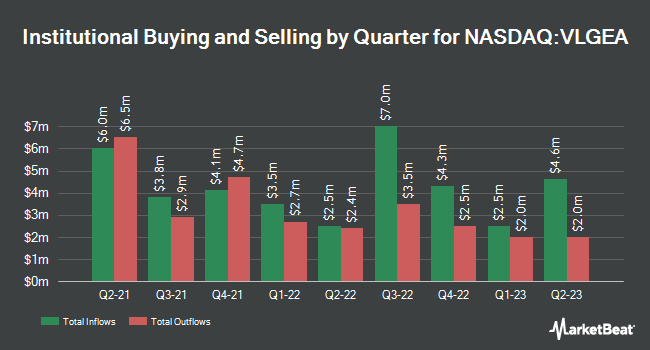