Complete the form below to receive the latest headlines and analysts' recommendations for Legg Mason with our free daily email newsletter:

Legg Mason (NYSE:LM) last released its quarterly earnings results on Wednesday, April 29th. The asset manager reported $1.02 EPS for the quarter, beating analysts’ consensus estimates of $0.88 by $0.14. The business had revenue of $719.60 million during the quarter, compared to analyst estimates of $702.81 million. Legg Mason had a return on equity of 8.99% and a net margin of 8.60%. Legg Mason’s quarterly revenue was up 3.9% compared to the same quarter last year. During the same period in the prior year, the firm posted $0.70 EPS. Equities research analysts anticipate that Legg Mason Inc will post 2.64 earnings per share for the current fiscal year.

The firm also recently announced a quarterly dividend, which will be paid on Monday, July 13th. Stockholders of record on Tuesday, June 16th will be given a dividend of $0.40 per share. This represents a $1.60 annualized dividend and a dividend yield of 3.21%. The ex-dividend date is Monday, June 15th. Legg Mason’s dividend payout ratio is presently 42.55%.

Want to see what other hedge funds are holding LM? Visit HoldingsChannel.com to get the latest 13F filings and insider trades for Legg Mason Inc (NYSE:LM). 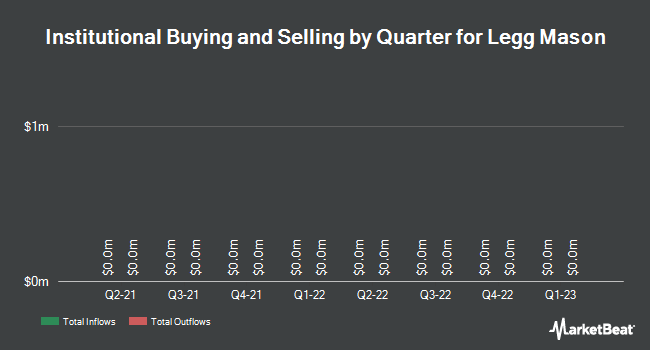