Complete the form below to receive the latest headlines and analysts' recommendations for Berry Petroleum with our free daily email newsletter:

Hancock Whitney Corp acquired a new position in Berry Petroleum Company LLC (NASDAQ:BRY) in the fourth quarter, according to its most recent filing with the Securities and Exchange Commission (SEC). The institutional investor acquired 256,597 shares of the energy company’s stock, valued at approximately $2,420,000. Hancock Whitney Corp owned approximately 0.32% of Berry Petroleum at the end of the most recent quarter.

In related news, Director Benefit Street Partners Llc sold 16,830 shares of the stock in a transaction dated Friday, December 20th. The shares were sold at an average price of $9.15, for a total value of $153,994.50. The transaction was disclosed in a document filed with the Securities & Exchange Commission, which is available at the SEC website. Also, CEO Arthur T. Smith purchased 15,000 shares of the company’s stock in a transaction that occurred on Friday, November 22nd. The stock was acquired at an average cost of $7.15 per share, with a total value of $107,250.00. Following the transaction, the chief executive officer now directly owns 218,566 shares of the company’s stock, valued at $1,562,746.90. The disclosure for this purchase can be found here. Insiders have bought 54,403 shares of company stock valued at $389,270 in the last ninety days. 0.59% of the stock is owned by company insiders.

Want to see what other hedge funds are holding BRY? Visit HoldingsChannel.com to get the latest 13F filings and insider trades for Berry Petroleum Company LLC (NASDAQ:BRY). 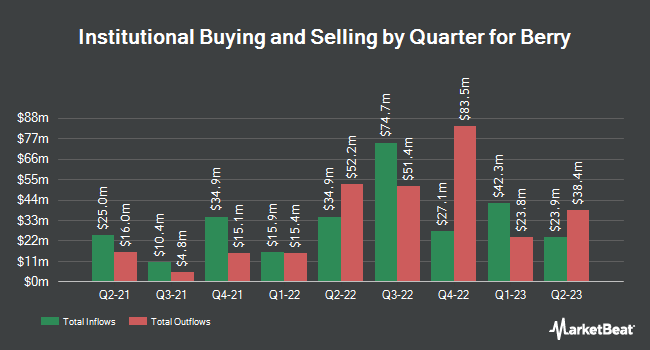