Complete the form below to receive the latest headlines and analysts' recommendations for Eiger Biopharmaceuticals with our free daily email newsletter:

In other news, Director Thomas John Dietz acquired 4,000 shares of the business’s stock in a transaction dated Friday, January 10th. The shares were acquired at an average cost of $13.84 per share, with a total value of $55,360.00. Following the completion of the acquisition, the director now owns 24,000 shares of the company’s stock, valued at $332,160. The acquisition was disclosed in a legal filing with the SEC, which is available at the SEC website. 5.80% of the stock is currently owned by insiders.

Eiger BioPharmaceuticals, Inc, a clinical-stage biopharmaceutical company, focuses on the development and commercialization of targeted therapies for rare diseases in the United States and internationally. The company's lead program is Lonafarnib, an orally bioavailable, small molecule, which is in Phase III clinical trial for treating hepatitis delta virus (HDV) infection.

See Also: How to build a Fibonacci channel 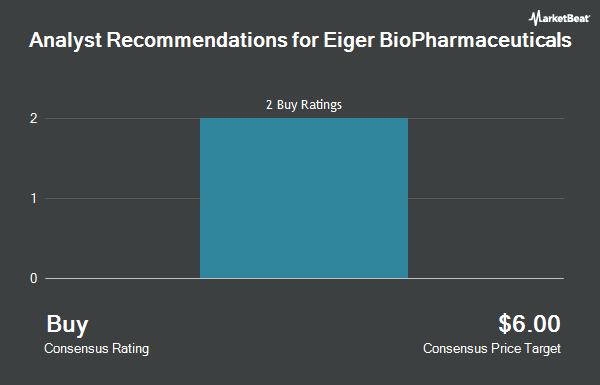