Complete the form below to receive the latest headlines and analysts' recommendations for Acceleron Pharma with our free daily email newsletter:

Acceleron Pharma Inc (NASDAQ:XLRN) has received an average rating of “Buy” from the fifteen ratings firms that are currently covering the stock, MarketBeat.com reports. One research analyst has rated the stock with a sell rating, four have issued a hold rating, nine have assigned a buy rating and one has assigned a strong buy rating to the company. The average 12 month price objective among brokerages that have issued a report on the stock in the last year is $59.10.

Acceleron Pharma (NASDAQ:XLRN) last posted its quarterly earnings data on Wednesday, November 6th. The biopharmaceutical company reported ($0.86) EPS for the quarter, missing the consensus estimate of ($0.83) by ($0.03). Acceleron Pharma had a negative return on equity of 30.79% and a negative net margin of 353.57%. The company had revenue of $4.20 million during the quarter, compared to analysts’ expectations of $4.44 million. During the same quarter last year, the company earned ($0.63) earnings per share. The company’s revenue for the quarter was up 27.3% on a year-over-year basis. As a group, equities analysts expect that Acceleron Pharma will post -2.26 earnings per share for the current fiscal year.

Acceleron Pharma Inc, a clinical stage biopharmaceutical company, focuses on the discovery, development, and commercialization of therapeutics to treat serious and rare diseases. Its therapeutic candidates include luspatercept, which is in Phase III clinical trials for the treatment of myelodysplastic syndromes and beta-thalassemia; Phase II clinical trials for the treatment of patients with transfusion-dependent beta-thalassemia and myelofibrosis.

Further Reading: What are no-load funds? 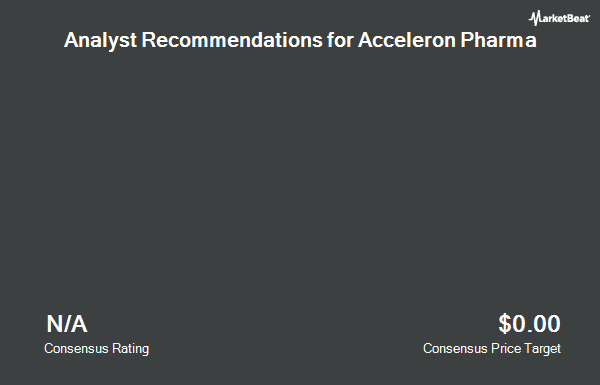