Complete the form below to receive the latest headlines and analysts' recommendations for Greenbrier Companies with our free daily email newsletter:

Shares of Greenbrier Companies Inc (NYSE:GBX) have earned a consensus recommendation of “Hold” from the eleven ratings firms that are covering the firm, MarketBeat.com reports. Two investment analysts have rated the stock with a sell recommendation, five have given a hold recommendation and three have issued a buy recommendation on the company. The average 12 month target price among brokerages that have updated their coverage on the stock in the last year is $33.33.

The company also recently declared a quarterly dividend, which was paid on Wednesday, December 4th. Shareholders of record on Wednesday, November 13th were paid a dividend of $0.25 per share. This represents a $1.00 dividend on an annualized basis and a yield of 3.32%. The ex-dividend date was Tuesday, November 12th. Greenbrier Companies’s dividend payout ratio (DPR) is 34.84%. 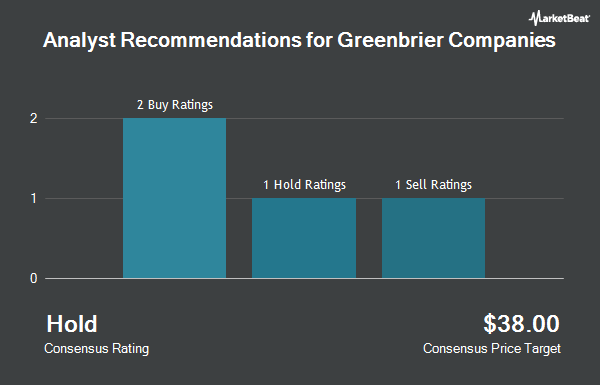