Smartsheet (NYSE:SMAR) issued its quarterly earnings results on Wednesday. The company reported ($0.15) earnings per share for the quarter, topping the Zacks’ consensus estimate of ($0.28) by $0.13, Briefing.com reports. The company had revenue of $71.50 million for the quarter, compared to the consensus estimate of $69.83 million. Smartsheet had a negative net margin of 30.10% and a negative return on equity of 24.74%. The firm’s quarterly revenue was up 52.5% on a year-over-year basis. During the same period in the previous year, the firm earned ($0.09) EPS.

See Also: What is the Shanghai Stock Exchange Composite Index? 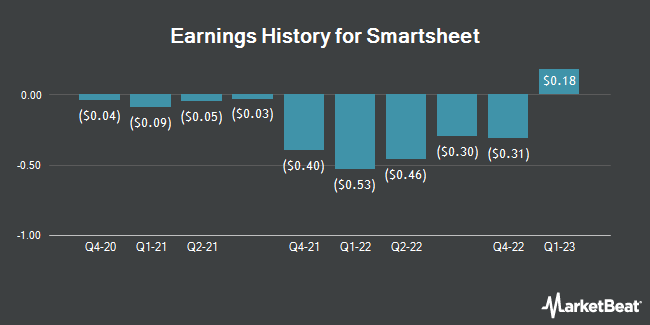