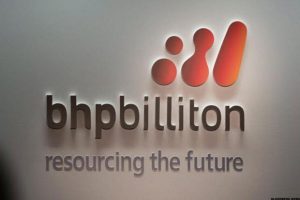 BHP Billiton the largest miner in the world posted a surge in its underlying profits for the full year on Tuesday. It also announced that it was exiting its underperforming shale gas and oil business in the U.S., which pleased upset shareholders who were calling for them to sell.

The Anglo-Australian mining behemoth, which has come under heavy pressure for Elliott Management a U.S. based hedge fund to rethink its oil investment and increase returns for shareholders, was helped by the recovery of industrial commodities.

More cash was generated by BHP than in some of the mining boon years, helping it to slash net debt by close to $10 billion and triple its most recent dividend to 43 cents per share.

It underlying profits reached $6.7 billion but was less that the $7.4 billion expected by Wall Street. However, the market was focused on the lowering of its debt and the determination of the company to exits shale in the U.S., which helped push shares up by 1.2%.

One analyst on Wall Street said that net debt looked impressive, so it looks as if the extra cash was applied to deleveraging rather than higher dividends.

BHP joined with other miners who have increased payout during the most recent earnings season to reward its shareholders amidst an increase in commodities prices.

Rio Tinto and Fortescue Metals, a miner of iron ore both paid dividends that were record highs for each, while Anglo-American reinstated dividends.

Facing pressure by some shareholders to dispose of its shale business acquired at the peak of oil boom, BHP announced it was pursuing its options to leave the sector.

CEO Andrew Mackenzie announced that the preference is a few trade sales, but did not give any timetable for leaving the business.

MacKenzie said that several parties were interested in looking at a possible acquisition and the determination was to exit means we have other forms to exit that are not necessarily dependent upon a set of competitive willing buyers.

Elliot Management and Tribeca, two fund managers, along with others have been pushing for the divestment of its shale business, along with higher returns for shareholders and eliminating the dual structured stock listings for London and Australia.

Tribeca welcomed the comments by BHP that shale no longer was the core of the business.

An analyst with Tribeca said that it was their approach as well as it (shale) did not strategically fit in BHP.