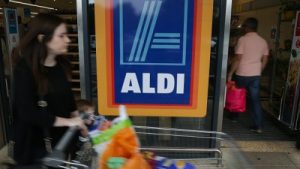 Aldi Inc. the grocery chain based in Germany announced Sunday that he will partner with Instacart Inc. for delivery of groceries in three cities in the United States, a move that arrives amidst much competition along with disruption across the industry.

Aldi is launching a pilot beginning the end of August in Atlanta, Dallas and Los Angeles with the possibility of expanding to other cities sometime in the future.

The retailer based in Germany does not have an option it offers customers to shop on its website at this time and the partnership is for the demand for online grocery sales, said the vice president of corporate buying of Aldi’s Scott Patton.

Shopping online for groceries is quite small in relation to the overall business, but it continues to grow, added Patton.

The report from Nielsen the market research company and Food Marketing Institute earlier this year estimated that grocery spending online during the decade of 2016 through 2025 would expand from a current 4.3% of the total sales of food and beverage in the U.S. to as high as 20% or over $100 billion. In 2016, sales for online groceries were approximately $20.5 billion.

Aldi’s decision comes during a time when supermarket chains across the U.S. are having a price war. Lidl a German rival is opening new stores in the U.S. and Amazon.com the online retailer said two months ago it would purchase Whole Foods Market.

Aldi CEO Jason Hart said in May that the grocery chain was going to maintain the lowest prices while focusing on adding its in-house brands to entice customers who are price-sensitive.

Aldi’s new partnership agreed to with Instacart will give shoppers the opportunity to order their goods from Aldi locations using the website and app of Instacart.

Instacart, which charges a fee for delivery, does not have an inventory but passes by locations to pick the orders up and takes them to the home of the customers in less than an hour.

Other retailers in the U.S. who have signed agreements with Instacart include Whole Foods Market, Target, and Costco.