Coal Company Pulls Its IPO Because of Market Conditions 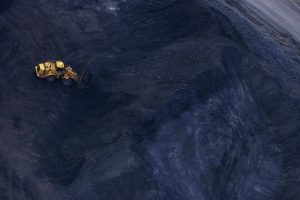 Contura Energy, a U.S. coal company at one time credited U.S. President Donald Trump for giving the coal industry a brighter future. However, now the company has ended its plans to go public because of what it called market conditions.

Contura Energy was expected to launch its initial public offering on Thursday on the New York Stock Exchange, but said it now feared that its deal would undervalue its company.

The retreat is a big setback for the coal miner, which was originally Alpha Natural Resources. Alpha’s core assets were acquired by Contura when Alpha filed bankruptcy protection in 2015 amidst the coal industry collapse in the U.S.

The IPO filing of Contura’s mentioned Trump on 13 occasions. For the most part the mention of the president highlighted the efforts of his administration to revive the country’s coal industry through slashing the environmental regulations implemented during the Obama administration.

However, Contura said during a brief statement that its principal selling shareholders had agreed that it was unwise to move forward with its planned IPO under the current conditions. It did not make any other comments beyond the statement it issued.

The reasoning by Contura comes as a surprise for some since coal prices are currently very high despite the challenges that the industry is facing.

A mining and metals analyst said the Contura decision was disconcerting, saying if a deal cannot get done now when will it get done.

Contura makes the majority of its money by mining metallurgical coal that is used for making steel.

The prices for “Met” coal spiked earlier in 2016 to a record high when production was knocked offline across Australia by a cyclone. Australia is one of the largest exporters of coal in the world.

Met coal today is trading at approximately $200 per ton.

Contura is also a producer of thermal coal, a type used in power plants, but has been heavily pressured by inexpensive natural gas.

Nevertheless, prices of thermal coal remain above the $90 mark per ton, which is a recent high.

Contura CEO Kevin Crutchfield said via the company statement that it would weight all its strategic opportunities and options to maximize potential of the company.

It remains unclear if the IPO of Contura was impacted by the volatility this week on Wall Street. The Dow fell by over 205 points Thursday, marking its worst one day session in close to three months.