Mylan Slashes Forecasts Due to Weak Prices and Delay in Drugs 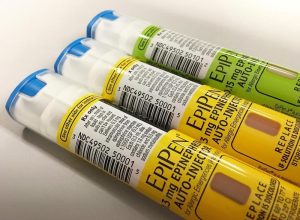 Mylan NV announced this week that the delays in the launching of its new key drugs and the weakness of prices for its generics across the U.S. will pull down profitability in 2017 and 2018.

The maker of generic drugs announced that it would no longer be including any major product launches for the U.S. in its forecast for 2017, pushing those back to next year, because of the uncertain regulatory environment in the country.

The launches Mylan is referring include the generic version of Advair the blockbuster GlaxoSmithKline drug and Copaxone the multiple sclerosis medication by Teva.

Shares of Mylan were down 7% during Wednesday trading before recovering most of those losses, but traded near lows of four years.

The stock price for the company has fallen close to 20% over the past week, as makers of generic drugs such as Endo International and Teva said they were facing weaker prices across the U.S.

Those businesses, said that customers consolidating and negotiating price reductions, and regulators approving more different versions of the same drugs for increased competition, are hurting the bottom lines of their business.

Mylan announced that it is expecting erosion globally of its generic drug prices in the mid-single digits and price drops of high-single digits for North America.

An analyst on Wall Street said that Mylan had been refusing to capitulate for more than a year as the headwinds were growing, holding out and hoping to weather the challenges that other peers faced.

However, the lowering of its forecasts shows clear evidence generic challenges are faced by everyone in the industry.

Mylan, the EpiPen severe allergy treatment maker, announced its net earnings increased by over 76% to end the quarter at $297 million equal to 55 cents a share, due mostly to revenue received from its purchase of Meda, a drug maker in Sweden, in 2016.

Excluding one-off items, Mylan posted earnings per share of $1.10, which missed estimates on Wall Street by just 6 cents per share.

Revenue increased from $2.56 billion from the same period a year ago to $2.96 billion but fell short of the $3.03 billion predicted by analysts.