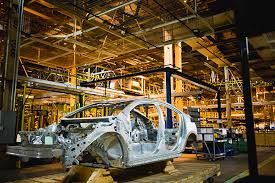 General Motors put six of its vehicles under close review including it Chevrolet Volt hybrid and will evaluate whether to stop making them over the upcoming years, says a report by international news agency Reuters.

This news came as car sales continue plunging across the U.S. and consumers turn more frequently to pickups and SUVs.

Besides its Chevy Volt hybrid, the other vehicles now being under considerations for being eliminated include the Cadillac XTS, Cadillac CT6, Buick LaCrosse, Chevrolet Sonic and Chevrolet Impala.

A spokesperson for GM did not comment about the report when asked to do so.

President of the United Auto Workers Dennis Williams said late last week that the union is having ongoing talks with General Motors, Ford as well as Fiat Chrysler about dropping car sales and ways to keep the automakers plants in the U.S. operating at 100% capacity.

Williams said the union was talking to GM now about its products that are currently being made at the underused plants such as Lordstown, Ohio and Hamtramck, Michigan.

Earlier in 2017, GM ended a shift at its plant in Lordstown, where it manufactures its Chevy Cruze.

Those drops in sales are over and above the declines in car sales that started years ago even as the overall sales in the industry increased for seven straight years.

As sales of cars fall fast, it makes good business sense for every carmaker to review if it still needs all the different vehicles it is making.

One of the most vulnerable GM plants is its Detroit-Hamtramck facility where it produces the Chevrolet Impala, Chevrolet Volt, Buick LaCrosse and Cadillac CT6.

The Volt, an electric sedan with an extended range was introduced 7 years ago, and could be replaced by a SUV or crossover.

Sales across the industry for the full-size sedan like the Impala, CT6 and LaCrosse only represented 1.8% of overall industry sales during June. Korean carmaker Hyundai announced in early July it was stopping the manufacturing of its full-size Azera sedan.