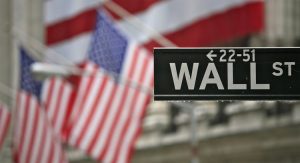 Wall Street is not showing any concern about what is taking place in Washington.

The stock market continues to rewrite the record books despite ongoing legislative gridlock and political scandals in Washington, D.C.

On Friday, the Dow set another record when it climbed 85 points for its third consecutive record close and its 25th for the year.

That index has now recorded 42 new all-time highs dating back to last November when President Donald Trump was elected. The Dow is now 3,300 points higher since that time.

The S&P 500 has also set records, with its most recent on Friday. The record set on Friday was the first in 25 days. The broad index has closed in new record territory in 2017 on 25 occasions and 33 times since the election victory by Trump.

The tech heavy Nasdaq was hit harder last month, but has bounced back since then. The index is only 0.5% short of its first record high since early in June. The Nasdaq is up 17% for the year, which has doubled the increase by the Dow.

For some, the increase of the indexes on Wall Street is confusing. The rally thanks to the Trump election was a big bet on the new president’s agenda. However, the infighting in the GOP along with the controversies on Capitol Hill have prevented the president from delivering promises of huge tax reform, spending on infrastructure and more deregulation.

Trump’s agenda has not been helped by revelations earlier in the week about his son’s meeting with a lawyer from Russia.

The drama in D.C. is stealing headlines but reality is that inflation remains low, earnings are improving globally and the Fed is very accommodative, said on senior strategist on Wall Street.

A boost was received by Wall Street from the Fed this week when Janet Yellen the chairperson reiterated that she is not in any rush to increase its interest rates.

Corporate profits, which are the true driver of share prices, also are looking strong. Earnings on the S&P 500 grew in the first quarter at its fastest pace in 6 years.

Analysts are anticipating slower yet healthy growth in the just started earnings season that began late this week when JPMorgan and other banks posted their quarterly earnings.

This positive movement for the indexes could be eventually derailed by the political problems in Washington or could continue climbing.